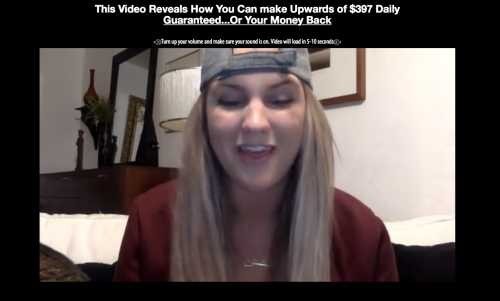 Review of: Wake Up to Cash

Is Wake Up to Cash Legit? No. Just a funnel to MOBE. It's filled with hype and fake testimonials. Not a program to be trusted.

Is Wake Up to Cash Legitimate or not?

I received an email about this program and I decided to review it. This post is based on WakeUptoCash reviews found online.

What Is Wake Up to Cash

Wake Up to Cash is one of those programs which promises you to make money on autopilot without having to do any kind of work. I have reviewed a lot of such programs and if you don’t want to waste your time reading this whole Wake Up to Cash review, I am going to tell you straight away: It is not legit.

==> If You Don’t Want to Waste Any More Time to Scams, Read About My #1 Recommendation to Make Money Online <==

It promises you that you can make a lot of money and afford a very lucrative lifestyle, with just working 30 minutes a day. In reality, there has no system because the Wake Up to Cash program is just a funnel to promoting Automated Daily Income, which is another scam.

Moreover, the Automated Daily Income is not a real program in itself. In the past is been just a funnel promoting another program which is called MOBE (My Online Business Education), a high ticket program which was once closed by the authorities because it was considered a scam.

Now that MOBE has been closed, who knows which program they are promoting. But the point is that Wake Up to Cash and Automated Daily Income are not real programs, they are just funnels to promote other programs, which means that after you buy them, you are taken to another program which you have to buy too.

There are also a lot of other programs like these two, which use unethical marketing tactics and unrealistic income claims to get you to buy them, just to be lead to buying other high ticket programs like MOBE used to be.

The system was created by James Wendell and there is more than one thing which is wrong with this system.

The first red flag that I want to expose is that this system may not be created by James Wendell, but in fact it may be created by Corey Lewis, someone known for creating other internet scams like this one.

I came to this conclusion because the sales video of Wake Up to Cash is posted on the YouTube channel of Corey Lewis. 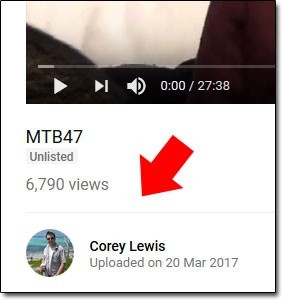 The second red flag that I spotted is are the high income claims that this program makes, they are totally unrealistic, they promise you to make $15,000-$30,000 a month with just 30 minutes of work per day.

==> Tired of Online Scams? Get My Free Guide to Making Money Online <==

Making so much money online with so little work sounds like a dream come true. Who wouldn’t want it? Unfortunately, so many online platforms make similar income claims with no real proof that their system works.

These programs, unfortunately, attract a high number of newbies because they tell people what they want to hear, all lies about how easy it is to make money online. None wants to hear that making money online it’s actually hard.

Wake Up to Cash is far from what it seems to be. The truth is that it is trying to lure you into an entirely different platform.

In the sales video James tells his “story” of how his life changed after he discovered this system. Again, the story is telling what we want to hear. It’s all hype. If you want to learn about a real way to make money online which seems to be working for a lot of people, check what Wealthy Affiliate has to offer.

What Will You Get After You Buy Wake Up to Cash

Don’t buy it! But here’s what you’ll get if you buy it. As I mentioned before Wake Up to Cash is not a program in itself, it’s just a system for promoting another program. The creator of this program, whoever he is, is just an affiliate of another program.

After you buy it, you will be re-directed to another site which is Automated Daily Income, and after that to MOBE, a high ticket make money online training which is known to be a scam.

The main idea behind MOBE is that you sign up to MOBE as an affiliate (after you buy it) and then all you have to do is to sell MOBE to other people. SO, it’s all just multi-level-marketing, you receive no value after you buy it, just the right to promote it to other people and earn commissions from this.

Now MOBE has some good products, but in order to gain the right to promote them, you have to buy them yourself. The products have really high prices and considering you have to spend so much money, just to gain the right to promote those products, it’s not worth it. In fact, there are affiliate programs which allow you to earn commissions after you promote their products which you don’t have to buy them yourself.

Wake Up to Cash’s Target Audience

Wake Up to Cash like many other similar programs are targeting people who have the make-money-fast mindset. Unfortunately, these programs not only do not work, but they also make people lose their money when they buy them. Like I mentioned earlier, this program is telling us what we want to hear.

As I mentioned before, MOBE has really expensive products with the highest priced one costing as much as $30,000. Here is the list of prices at MOBE:

While I wouldn’t call MOBE a scam, I would call Wake Up to Cash a Scam, being a MOBE funnel, it also doesn’t redirect people directly to MOBE but to another MOBE funnel which is Automated Daily Income.