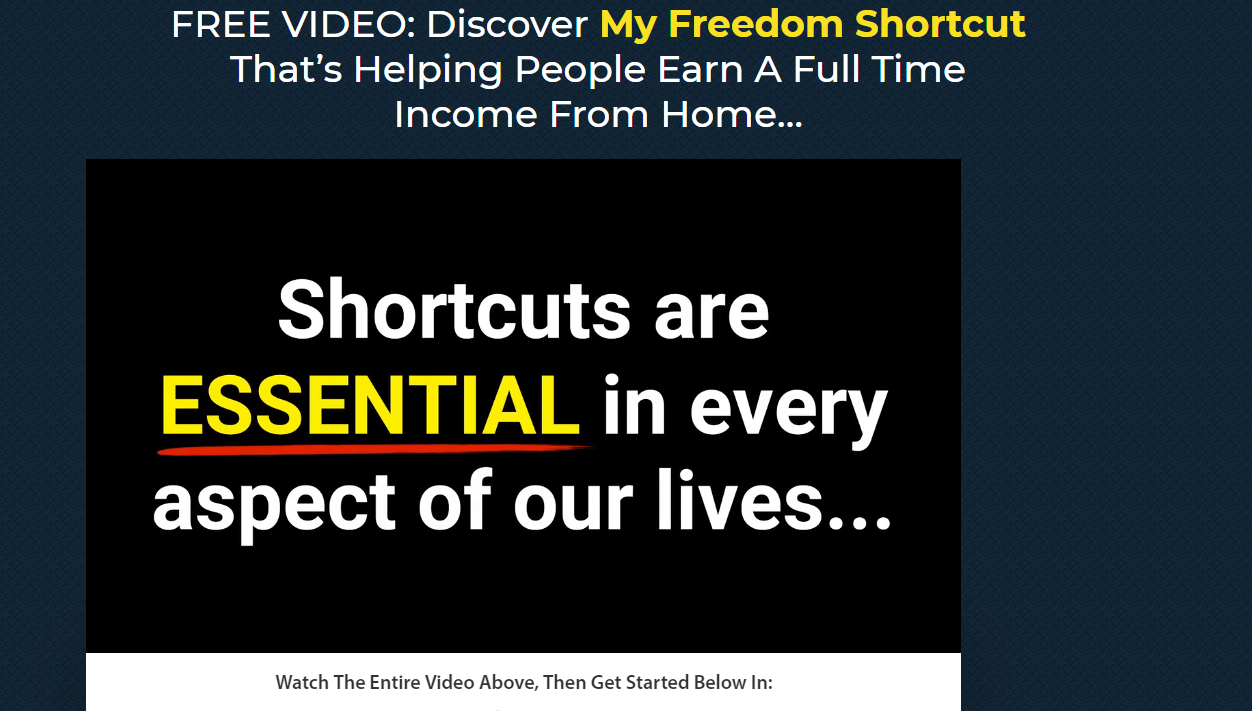 Review of: The Freedom Shortcut

A sales funnel to :
Jordan

The Freedom Shortcut is presented as an opportunity to make a lot of money online which is simple. Read my review to know more about this system

The Freedom Shortcut is just a funnel to a program called “6 Steps to Freedom” by Jeff Lerner.

The good news is that you can make money with this program.

The Freedom Shortcut sales page features a guy named Jordan. He talks about how he was broke when he found a shortcut to making money online and that shortcut was “6 Steps to Freedom”.

As I said before their sales funnel ends in directing you to buy “6 Steps to Freedom” which costs $49.

What Is The Freedom Shortcut About?

As I said before The Freedom Shortcut is just a funnel which directs you to buy “6 Steps to Freedom”. 6 Steps to Freedom itself is a program which teaches you to make money by promoting the program itself. And Jordan is likely an affiliate at 6 steps to freedom and he will likely receive a commission once you join.

One thing you need to know about programs like this is that they all get closes by the FTC sooner or later. If there is no product to sell, and you only promote the program that you bought itself, there will come a time in which this kind of system will collapse.

The biggest example of a company like this is MOBE, its members gained commissions only for promoting the training to other people, who had to recrute other people and so on, but there was no actual product. MOBE got closed by FTC a few months ago.

That’s why I would recommend to see this program with caution.

How Does 6 Steps to Freedom Work?

After you join 6 steps to freedom you will promote it to other people and you will earn a commission when they will join through your affiliate links.

1. Very large upsells. And you have to buy those upsells yourself in order to qualify to promote them to other people. There will be a lot of preasure on you to buy the upsells.

2. No clear indication about the upsells before people join the program. Most people will think that the whole cost is $49.

3. It’s a program which funnels to another program.

4. It is a lot of harder to earn with it, that they say on their promotional materials.

1. It’s possible to make money with it.

At their promotinonal video they have included the testimonials of some people who claim to have earnined high income with the system. 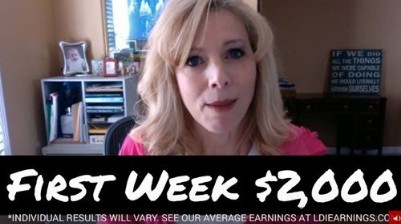 They also include a disclaimer saying that individual results can vary.

At least they are honest about this and if you go to the website ldiearnings.com, you can see that the owner has 10 years of experience and that his results might not be your results. But what’s the point? If the program claims to be a shortcut to financial freedom, it certainly can’t be a shortcut if 10 years of experience are needed to achieve those kind of results.

Is The Freedom Shortcut a Scam?

Wouldn’t it be more honest if Jordan said that he was promoting this program? I mean he had added nothing to it, he is just promoting the program. Why give it another name?

The upsells are another bad sign. The information in their sales video is very misleading as they don’t mention this.

The upsells are just digital training products, which are not even close worthy to the money that you are paying about them.

I think that The Freedom Shortcut is a scam because the information is presents is very misleading and it even says that you don’t need any money to get started with it.

Another manipulative tecniche that a lot of similar programs use, including this one is saying that the number of people who are going to join is limited. They do this to make you buy it as soon as possible and buy it without doing a careful research on the program, which out point out that it is actually a scam, or at least not a good product to join.

I would never get involved with such a program myself and I would never recommend it to other people. I think that their goal is to take advantage of their members with the upsells and make them pay as much as possible. The guarantees of making money with the program are none.

Many people don’t make money or make very little with programs like these, also considering the money spent to gain the possibility of promoting the program to other people.

Talking about an easy or fast way to making money online, in most of the cases is the indication of a scam.

To build a real profitable business you need to learn some skills and apply them, only with the right skills you can make money. That’s why I have focused my site on the skills and i have not named it something like “shortcut”, “freedom”, “automated” and other bs like these. I have learned and applied the right skills, that’s why I’m making money online.

it is up to you if you join such a program, but I wouldn’t recommend it. There are far better ways to make money online which also cost less to get started.

>> Read About The Stories of 5 People Who Acheved Success Online >>

It’s true that most people fail to make money online. That is because there are a lot of scams out there which try to attract people by appealing at their desired to take shortcuts or work at automated systems.

Starting a successful online business doesn’t require such a high investment. I have started mine with just $500, which was an investment on my skills.

If you have any question about The Freedom Shortcut or about making money online, just leave a comment below.