Price:
free but it is doing to damage your computer
Reviewed by: Enxhi

Welcome to my Mine2Coin Review. Mine2Coin is a software you can download to mine Bitcoins. It is available for Windows and Mac. But is Mine2Coin a scam?

I found a site where you can use a software to ear satoshi.

Mine2Coin is a software which can be used to mine Bitcoins. But is Mine2Coin legit? Read our review to find out.

Mene2Coin is available worldwide so you can use it no matter where you are in the world.

You only need a PC or a Mac to download to.

Before continuing to my Mine2Coin review, I am going to explain the process of mining Bitcoins, what it is and if it possible to profit from this opportunity.

What Is Bitcoin Mining?

Bitcoin mining means creating Bitcoins instead of buying them.

Bitcoins can be created using several softwares which are available online and it can be done by using electric power of your hardware.

However, these days this has become difficult for the average computer to manage. The system is designed to mine only a certain number of Bitcoins every 10 minutes. If only a few people are mining Bitcoins at the same time, the system will be generous to give hand more Bitcoins to miners.

But these days when more people are mining Bitcoins this is more difficult.

These days there are risks while mining Bitcoins and mining them profitability has become harder and it will become even more the more popular they become.

To mine Bitcoins you need to buy powerful hardware specialized for this or if you do it will your computer CPU it is going to be damaged.

Bitcoin is Over Rated: 12 Better Ways to Make Money Online

On April 2018, Forbes published a post about the top 12 ways to make money online. Among the top two of them were Google Adsense and affiliate marketing and Bitcoin wasn’t even mentioned.

That’s right, these 12 ways are more profitable than Bitcoin.

You just start the program and you can start mining Bitcoins. They claim that new Satoshi is generated at your account every Friday. To run Mine2Coin you have to use your CPU or GPU power, which makes this not free because you are using your expensive hardware.

You can mine Bitcoins with this software, however, if you are going to make money, this is questionable. This is a bot, so, seriously don’t.

Most likely your computer will get damaged and you will not get anything in return. Downloading a mining software from a questionable site, I wouldn’t go for it.

Most likely to be a Trojan, check this.

The site has been working for 3 years and hasn’t been reported as unsafe by Google, but it doesn’t own a SSL certificate so your information might be encrypted. The site doesn’t have any trust records.

Using Mine2Coin is easy. When you start out, you don’t even have to register, just ender your Bitcoin address and choose the power of CPU or GPU that you want to use and start mining Bitcoins.

You can manage your account through your Dashboard which gives information about the speed you are mining Bitcoins and all your transactions, future and upcoming. 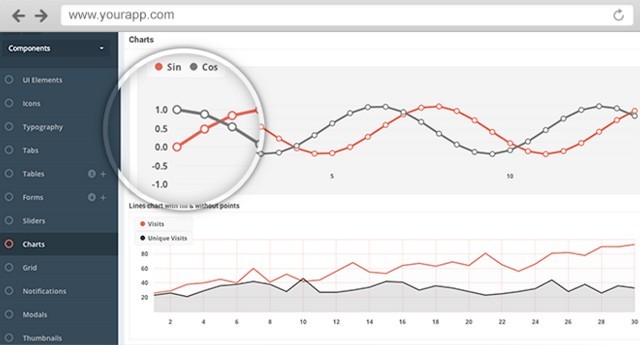 You can also earn from the Mine2Coin affiliate program. It gives you 10% satoshi to the earnings of your referrals. To generate your referral link, you have to enter the address of your Bitcoin wallet and click on “Generate link”.

However, don’t expect to make a lot, the damage done to your hardware during using Mine2Coin might make you more damage than your earnings from it.

You may actually want to check the way that I like better for making money online.

>> Check How I Am Making Money Online >>

Internet Marketing Skills would like to hear about your experience and opinion about Mine2Coin? Have you used the site in the past? Do you think it is legit?