Lotto Destroyer is a software to help you predict the numbers which have the highest chances of winning the lottery. The formula is based on reviewing previous lottery winning tickets. The system does not work and I don't recommend it.

Playing the lottery is a way that a lot of people consider when they don’t have a job and want to earn some money. It has become a lot popular in today generation.

But nothing and none can control luck that’s why lottery systems are worth it.

What Is Lotto Destroyer

Lotto Destroyer is a software developed by Mike Bennett, someone who has been studying the lottery algorithms for 8 years. It is an easy to use system with a simple application.

The system pretends to predict the lottery numbers and it is sold only through the Lotto Destroyer site.

I have done a lot of reviews on this site, most of the products that I have reviews were scams, full of lies and Lotto Destroyer is no exception.

1. The story on their sales video doesn’t seem authentic. The guy in the video is probably someone who was paid to read that script.

2. He makes it seem like the sellers who sell winning Lottery Tickets get compensated for it, sort of commission, or why would they chase him. This is another inconsistency that I noticed in the sales video.

3. Fake testimonials. It shows stories of people who won a lot from lotteries. 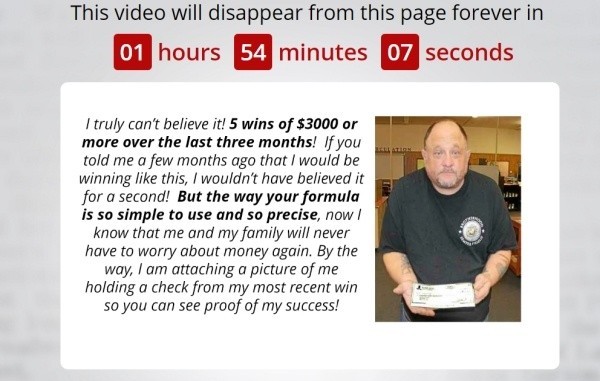 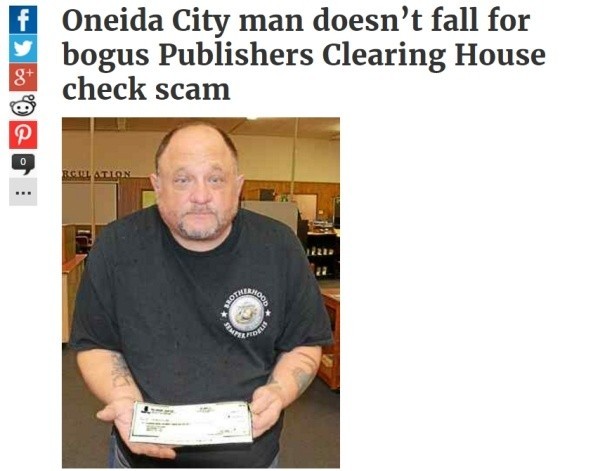 Like shown in the picture above, each of their testimonials are photos which can be found on the Internet. If you do a Google image search you can discover this.

4. Upsells. After you buy Lotto Destroyer, they will try to sell you other products.

5. In their website they claim that after you buy Lotto Destroyer you are going to receive an ebook with a formula which you can use to predict the numbers that will be in the next winning ticket. Here is the general idea of this formula explained in the video:

– Track the last winning numbers of the lottery

– Put these numbers into the formula

They even claim that with this formula you can win so much money that you can leave your job behind. This is just another get-rich-quick scheme and this statement doesn’t make sense.

6. This system is just a duplicate of another system: 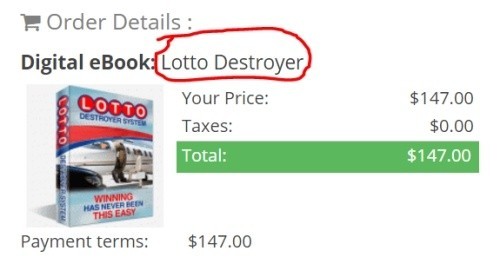 7. Limited spots available. Every time you hear the sales video you will hear that there are only 200 spots available and from this 138 people have taken action. This is just a lie to make you buy the product fast without having the time to do proper research.

The target audience of Lotto Destroyer are obviously people who play the lottery and people who seek to make money quickly.

How Does Lotto Destroyer Work

The way that Lotto Destroyer works is by examining the previous winners of the lottery to predict the future winning numbers.

It is based on the laws of probability. In some sense there might be a formula which using statistics can help you to predict the numbers which have a higher probability of winning the lottery, but still luck plays a big part here.

If you know something about statistics you probably know the law of big data.

Who Is Behind Lotto Destroyer

The formula has been created by a mathematician called Mr. Jared Wilson.

Jared claims to be a mathematics genius which has won the lottery several times. I did some research on him online and I couldn’t find any information. If he was such a genius there would be some mention of him online.

Can You Really Win the Lottery with Lotto Destroyer

The fact that the formula involves rick and it can only predict the numbers which have the highest probability of winning the lottery means that you would need to buy a lot of tickets to increase your chances of winning. And don’t forget that the lottery systems have been developed by mathematicians too. The have developed lotteries in a way that there are not gaps in the system. If it was so easy to predict the winning numbers of the lottery the creators of a lottery would not be in the business because they would lose all the time.

The truth is that there is no formula you can use and be sure that you can win the lottery because wining the lottery is purely based on luck. There might be formulas which can use probability to increase the chances, but even if such formulas would work, I personally would pass on these type opportunities.

They require too much work and math and you can end up with winning nothing. And even having spent money on such programs, so loosing. The beauty of a lottery is luck. If I ever played the lottery I would rely simply on luck.

I would use complicated data models and formulas on some other areas.

My advice is to stay away from such programs. It is just a waste of money. Want a way to start a legitimate way to start an online business?