Affiliate marketing needs no introduction at all. For so many years, it has become one of the very main reasons for a lot of financial success stories on the internet. Through the methods of affiliate marketing, many people have been able to challenge themselves and create wealth. These stories are worth sharing because they help to reignite the passion for success for many people so they can immediately begin to take action. We talked about this already in another post, but here we are extending the list to give you five more Wealthy Affiliate stories of 2018 because the year is just getting better.

Dylan is one of the few success stories that have surprised many people in the wealthy affiliate university circle. Even though he has been a member for more than two and half years, he only started his website about seven months ago. His idea of starting and running affiliate marketing is about strategy, and this method seems to be working so much for him now. So far Dylan has made $4,500 which is quite impressive as you can see. He made all of this money in the last 7 months through Amazon sales, driving traffic from Google.

His advice for other people who want to achieve this kind of success is not to give up. Many people start up affiliate marketing with the intention of making it big as soon as possible; this is hardly the way it should go. Dylan advised that people should have a strategy with a time duration. He also advised affiliates to spend some time writing content; not just “how to” articles but reviews and lengthy posts that attract Google’s attention and brings the traffic and cash.

Also known as Cena1975 have gone through so many processes while trying to gain the potential he has right now in affiliate marketing. He is one of those people that struggled to convince himself to understand that affiliate marketing does work if you have the right attitude and you persevere. Cena’s 2018 story is unique in the sense that he made much of his $11,000 from an article he wrote way back in 2015. Once he saw how much progress the article was making, he quickly made some editing and adjustment to meet current realities, and that turns out to be a wise decision as the traffic from that end continues to trickle in even more. 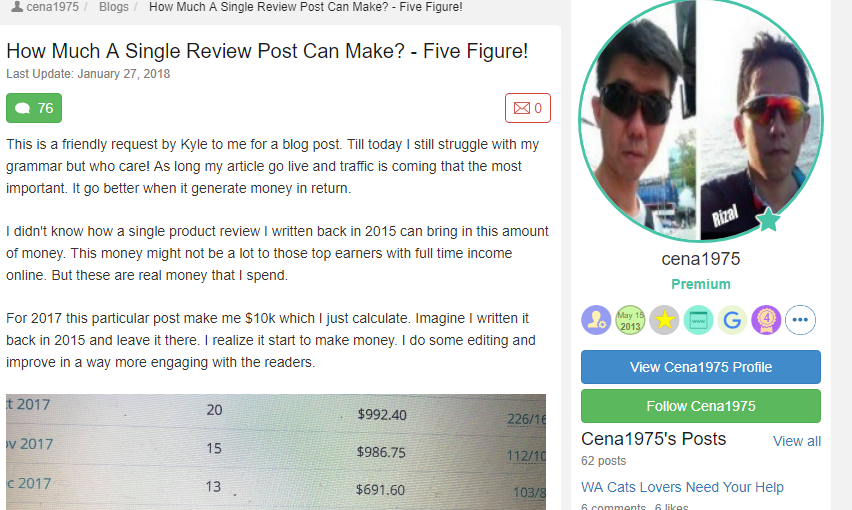 Arjun is an SEO analyst from India who decided that he wanted to be his own boss. Before joining WA, he tried making money through several means online, including surveys and data entry, all of which ended up in disaster. He continues to search for ways to be successful online by shortlisting five programs to join, after which he decided to go for wealthy affiliate. Joining the platform became the best decision he’s ever made in his online business career as more opportunities and success now opened for him. Now, he has decided to become a full blogger and affiliate marketer after quitting his job. He now earns hundreds of dollars every month, with at least $100 coming from Google AdSense alone.

Arjun believes the secret to success in affiliate marketing is consistency and the relentless efforts of delivering quality content that will drive traffic. He is now committed to a new goal of earning 6 figures by putting more efforts on his working strategies and improving on content and publishing ideas. 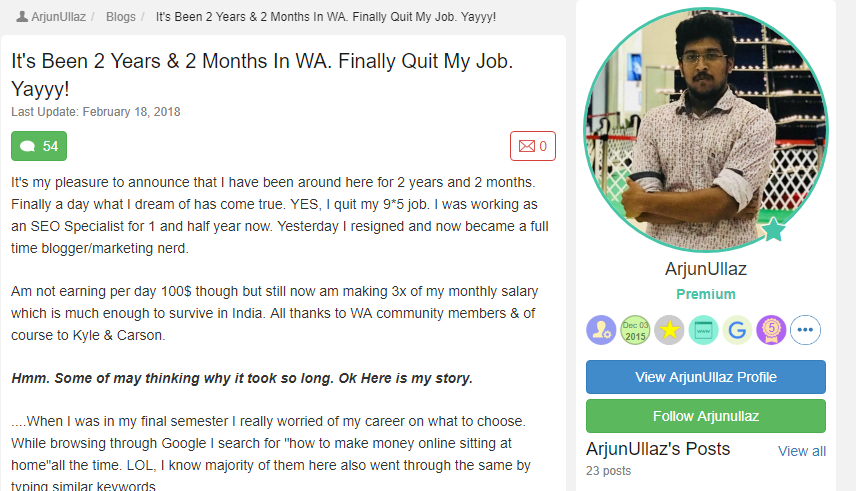 In just under a year, Brooke Webb moved up from earning $300 a month to about $4,000. This was a significant improvement judging from the fact that he has just joined WA for only a few months then. But he was not going to relent on his efforts as he went on to take training after training to help him achieve better results that will eventually transform his business. After a few months of hard work and trying to create more open opportunities for himself, he finally got it break.

Brokwebb is on this list because it is 2018 that he joined the league of people 5 figure earners, making at least $10,000 every month. His secret to success is following the training he has been given; working hard on his content posting, keywords, and other related stuff; and giving time for the system or formula to work. He encourages affiliates that, no matter the niche they are, they can improve their earnings by looking for new companies, sites, and app to promote or review. 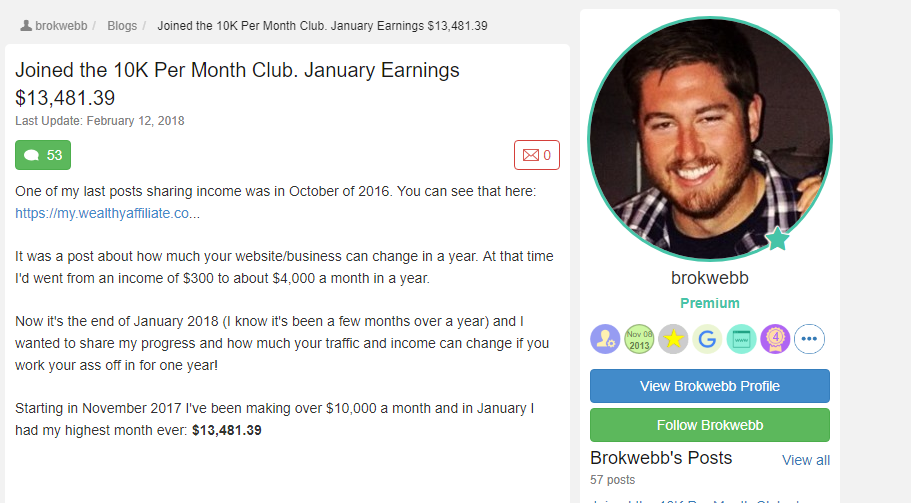 When Craig joined wealth affiliate he set a target of 18 months for himself, to break even and start making money. Craig’s niche is IPTV, which is TV via the internet. He started off with promoting products from Amazon, ShareASale, VPN and IPTV subscriptions. But these were paying very low commission, but he continued anyway since he got advice from successful Amazon affiliates that the business will eventually pay off.

However, Craig did not relax as he was determined to change his story. He found a new IPTV platform and started using his posts to promote them. This platform pays 50% commission on sales and that helped propel his earning so that he makes at least $1,000 a month. The secret to Craig’s success is finding a new product that earns more income and commission and relying on it. He also decided to create an email list which happened to help him increase sales, as he gets at list five sign-ups per day. He also has a sidebar CTA that pops up and presents great offers when people are about leaving his site. 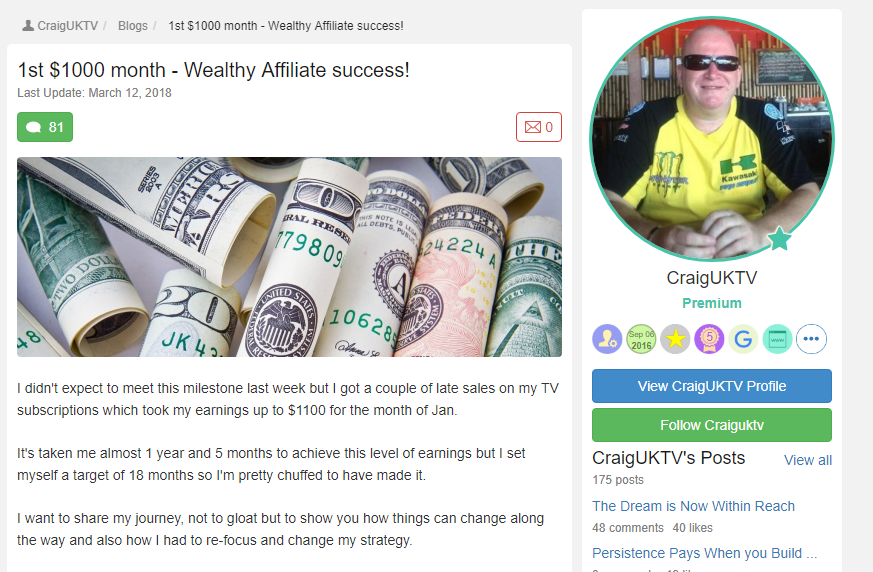 The year 2018 has been an interesting year for affiliate marketing, especially for affiliates at the wealthy affiliate university. Some have been able to increase their earning to five figures a month, other found new exciting products to promote, while some are leaving their day job to become full-time bloggers. The year is going great for affiliates and it can only get better.